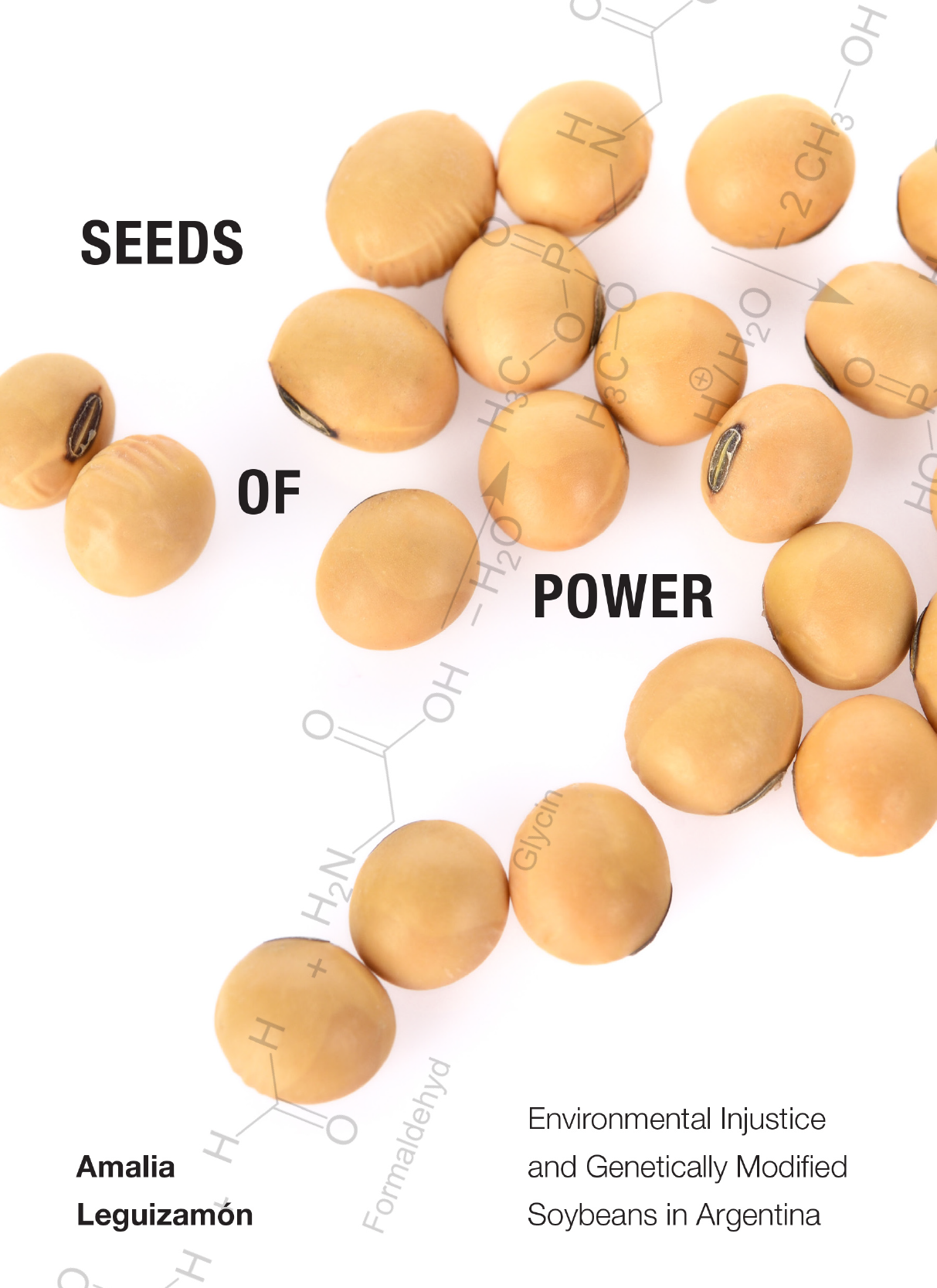 In 1996 Argentina adopted genetically modified (GM) soybeans as a central part of its national development strategy. Today, Argentina is the third largest global grower and exporter of GM crops. Its soybeans—which have been modified to tolerate spraying with herbicides—now cover half of the country’s arable land and represent a third of its total exports. While soy has brought about modernization and economic growth, it has also created tremendous social and ecological harm: rural displacement, land concentration, food insecurity, deforestation, violence, and the negative health effects of toxic agrochemical exposure.

In Seeds of Power Amalia Leguizamón explores why Argentines largely support GM soy despite the widespread damage it creates. She reveals how the state, agribusiness, and their allies in the media and sciences deploy narratives of economic redistribution, scientific expertise, and national identity as a way to create compliance among the country’s most vulnerable rural residents. In this way, Leguizamón demonstrates that GM soy operates as a tool of power to obtain consent, legitimate injustice, and quell potential dissent in the face of environmental and social violence.

READ THE INTRODUCTION
BUY ON DUKE PRESS
BUY ON AMAZON

“Clearly written and superbly argued, this fabulous book manages to accomplish that quite difficult task of engaging readers interested in the specificities of the case and those interested in larger theoretical issues. Seeds of Power is so well written that it puts readers in the different scenes, making us think about the invisible workings of power and about the ways in which we can go about detecting the daily production of political domination. Brava!”

Javier Auyero, coauthor of Flammable: Environmental Suffering in an Argentine Shantytown and In Harm’s Way: The Dynamics of Urban Violence

“Making important contributions to sociology while remaining highly accessible, Seeds of Power has the potential to reach beyond the ivory tower and to teach and influence the public. It is a beautiful example of public sociology.”

Seeds of Power “offers an exceptional mix of scholarship and storytelling and deserves to be widely read by everyone who wants to better understand how the global GMO debate has evolved over these past 25 years.”

If you’re adopting my book for your graduate or undergraduate course, I am available for guest lectures and book presentations online or in person. Contact me for details.